David Santiago, we could locate him as a wooden artist, you will see the sensibility he shows through his wooden work and designs, I love it!! 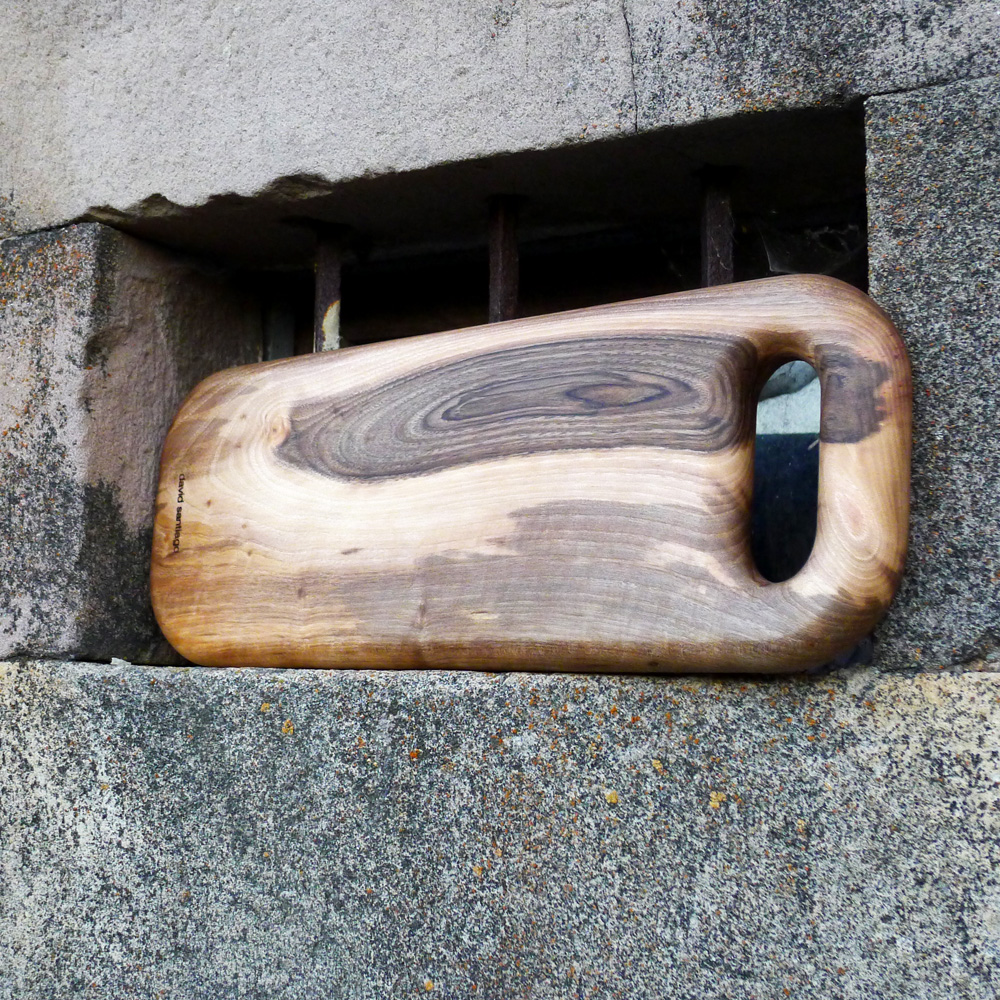 David, you have done studies related to Art. How do you see yourself in your workshop, making a different type of “artwork”?
The questions that we try to answer about what we understand today in Art, are different from the ones I ask myself in an artisan workshop, and it is possible that from the point of view of an anthropologist there isn’t a big difference: in both workshops, objects are fabricated with an intention and a fixed function. What is different is maybe the art definition according the context.

The artwork experience and being surrounded by all the machines wasn’t the unusual part for me. For an artist, the context becomes really comfortable when he finds himself working with his hands.

Working in a new type of workshop is the result of the past one. Along the way, I haven’t always had a workshop, and this workshop has had a different function from the one it had before that and so on. Step by step, your path is being drawn; each previous step gives a new one, which makes you find yourself in a place you didn’t expect at all. 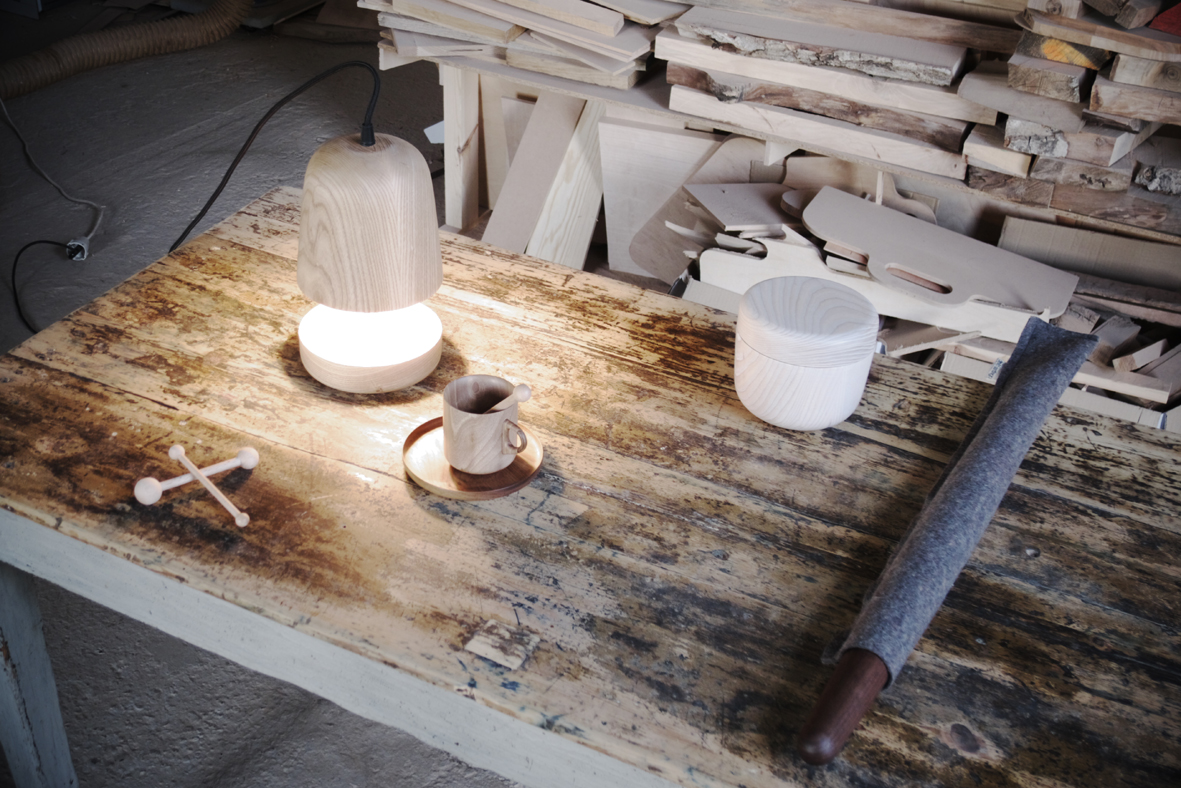 How did you learn to work with wood?
I am one of the sons of the rural-to-urban migration generation from the 60’s. I have lived between both worlds in a really intense and yet natural way and I have learned a lot from both. My parents have a good balance between “knowing” and “making”, which in those years had a deciding effect on survival and your daily welfare. A lot of houses during those years, mine included, were self sufficient in several aspects. Talent and ability were useful to help the lack of resources. From a small restoration project to a big construction project, there was always a technical team on it. There were people everywhere from whom you could learn something. And my father worked really well with wood. Although I had other interests later on, I suppose this was the seed that grew for my work with wood. The techniques I learned later on were ones that I taught myself. 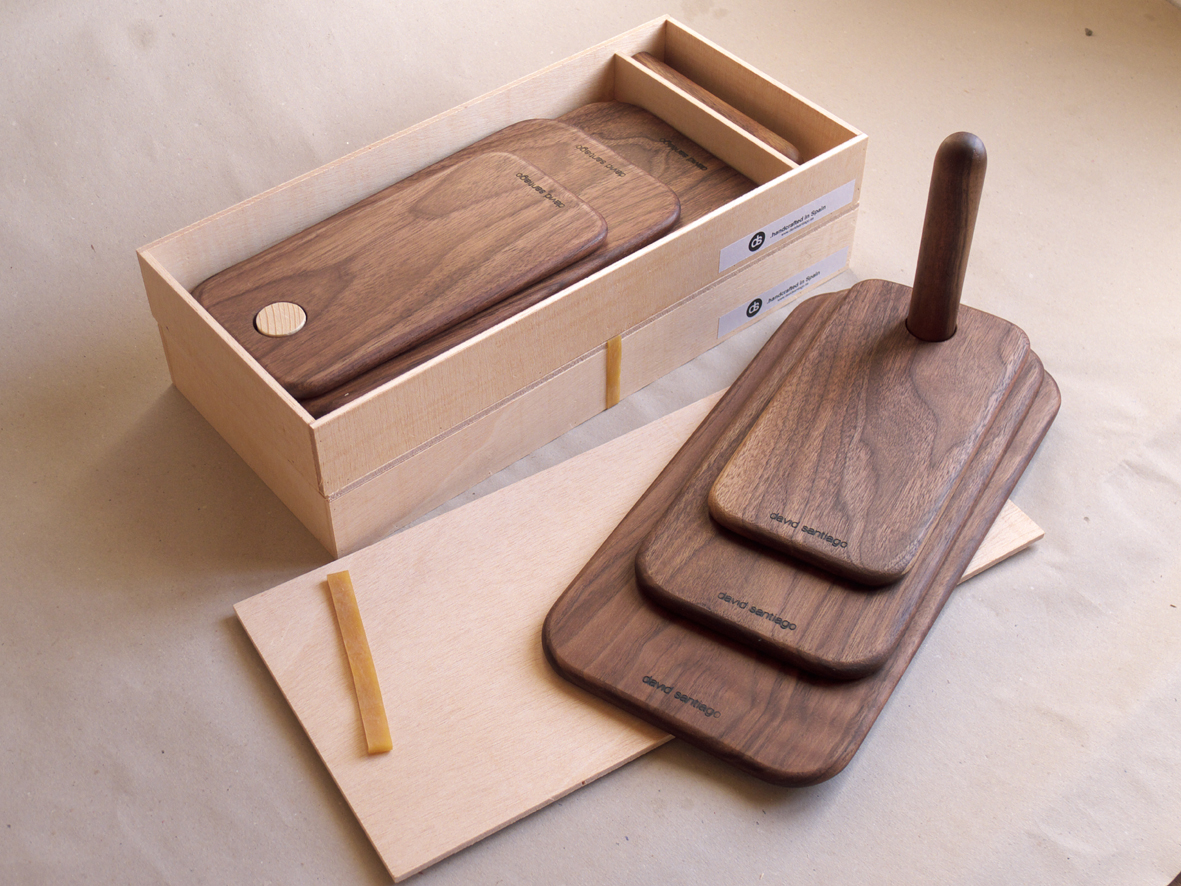 You fabricate your designs, but do you fabricate designs for other designers?
Nowadays I have to combine both works to be able to support the workshop.

From the beginning I have always thought that the technical part is something related to the fabrication or the development part of my own designs. This means that when I decide to develop some furniture or interior design projects, the condition is that I do it myself, to be able to be present during the whole process as a way of becoming responsible for them.

I really like the technical part, fabricating, when I take part of the idea process. That does not mean that I do not enjoy designs from others, because I learn a lot from them. It may seem paradoxical, but I am not interested in the trade itself. I know that the effort it takes to learn something has to be profitable, but without rigidity, leaving doors open to other interesting paths. 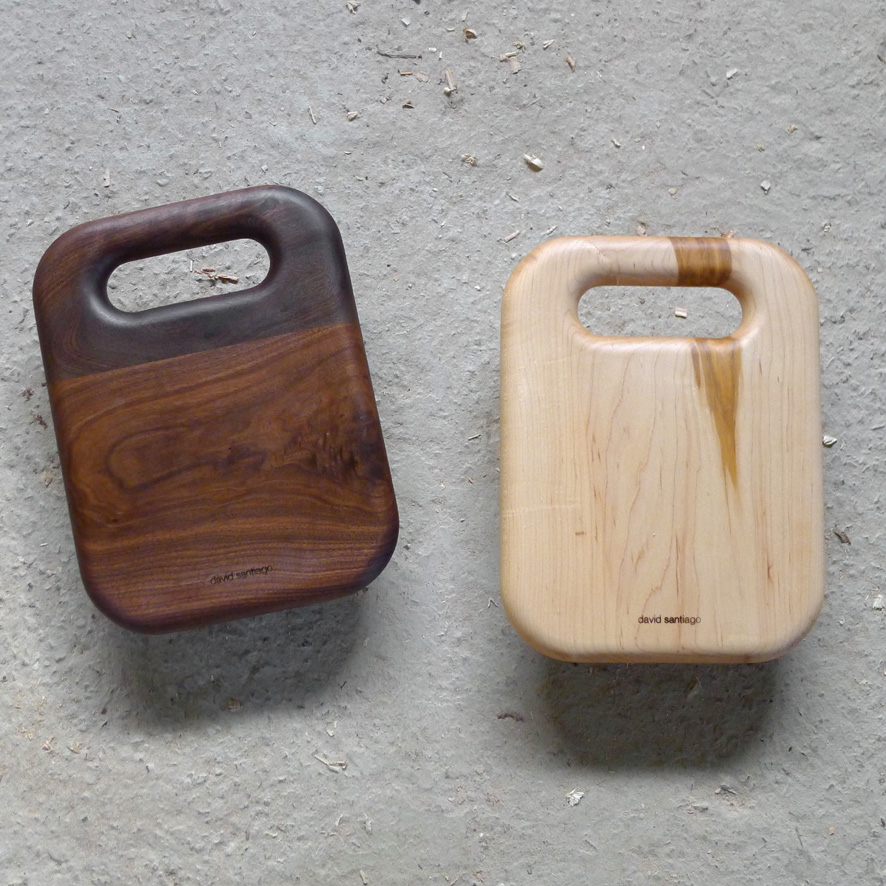 What part of the bread’ world attracted you?
My interest in the bread’ world comes from my childhood, but it has been a few years since I have discovered a world that fascinates me and that I enjoy a lot. Bread is like our civilization, if you take off the crust, the breadcrumbs fall out bit-by-bit; if you scratch a bit, people start to take little by little. Bread is something complex that has a simple appearance, full of ramifications and implications. Breadcrumb is something alive, full of things. 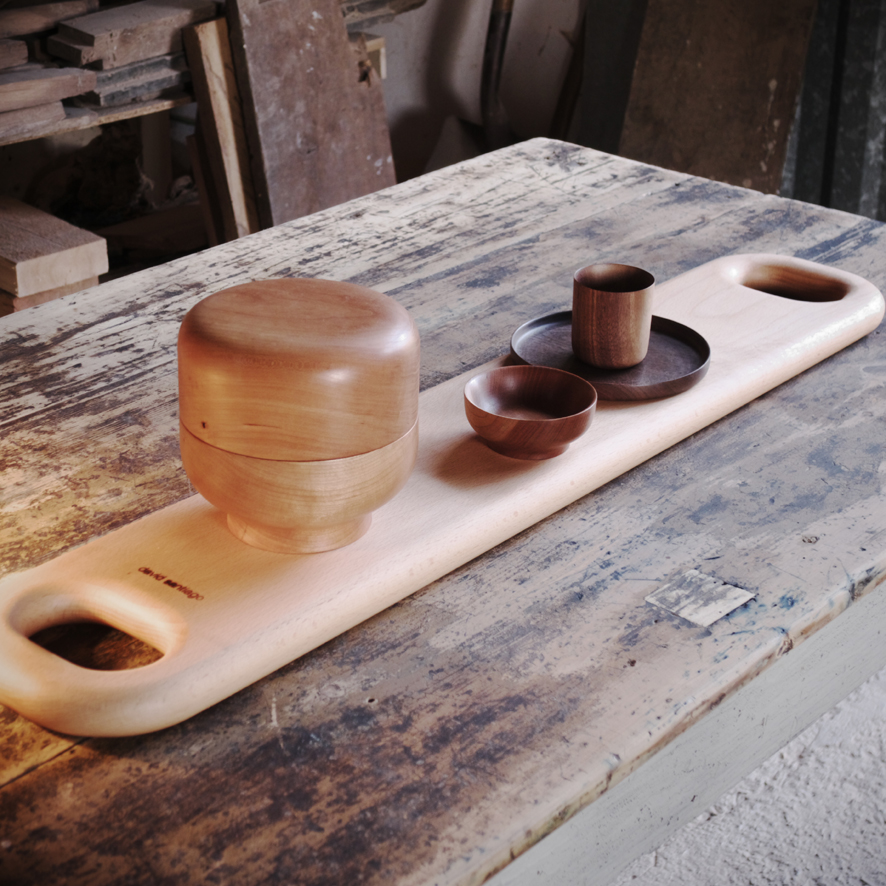 Is it easier to fabricate your own designs or the ones designed by others?
When I think about an object I think about how to fabricate it. Let’s say that in that moment there is a tension that comes up that can be good or bad for its development. I adapt the designs to my resources, but I always try to go a bit further. The resources can set constraints on your work, sometimes they do not allow you to do something, but at other times it can be a surprise and you can discover new possibilities. Sometimes, the work I do at the workshop determines the final object, as much as the idea makes you look for new resources to fabricate it, or the mistakes that come up give you new possibilities. You make your way as you go, as Machado’s way.

When you work on your own, you can adapt your resources to the piece, or the piece to your resources; this is more difficult when constructive solutions are already defined. However, each object is different, more or less complex, and more or less negotiable. 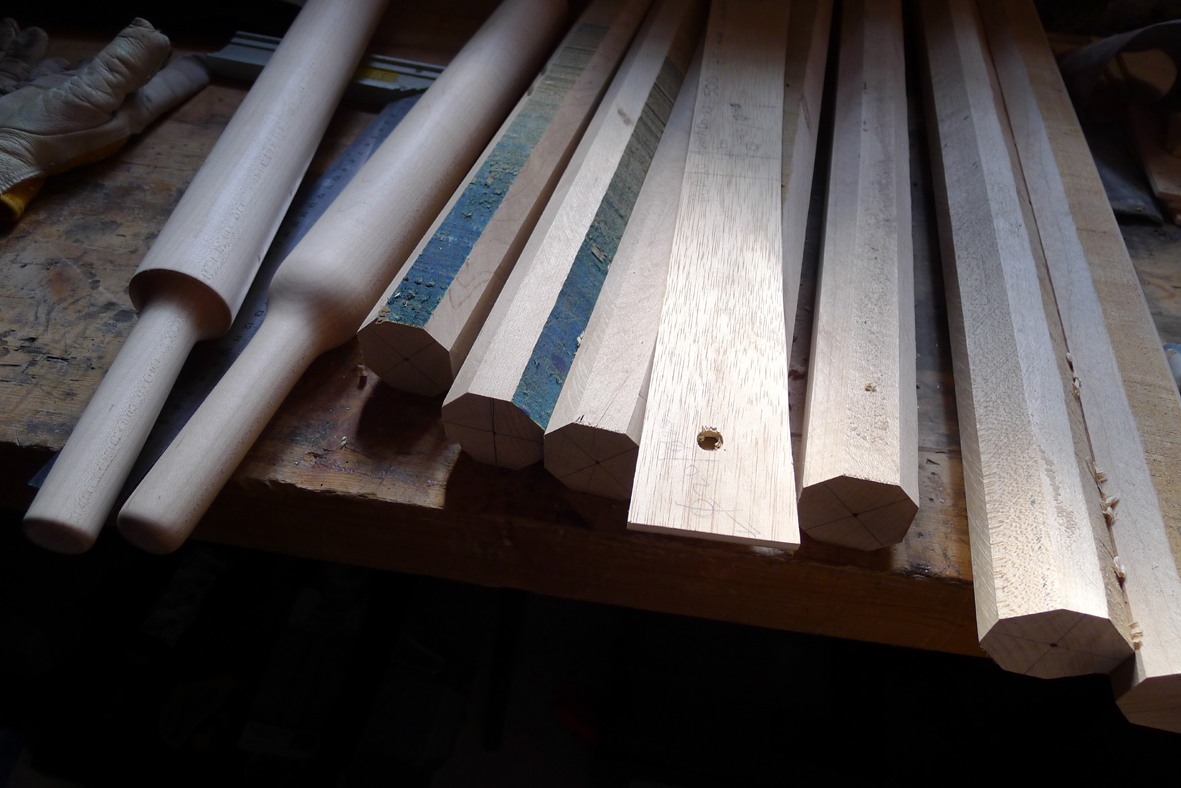 Would you like to collaborate with an artist in particular?
I like collaborations (even the ones that can be developed from the work I do alone at my workshop). I really like to do it if the other person enjoys his work as much as I do, and it can be developed with several professions or in different areas, even with ones that are well distanced. 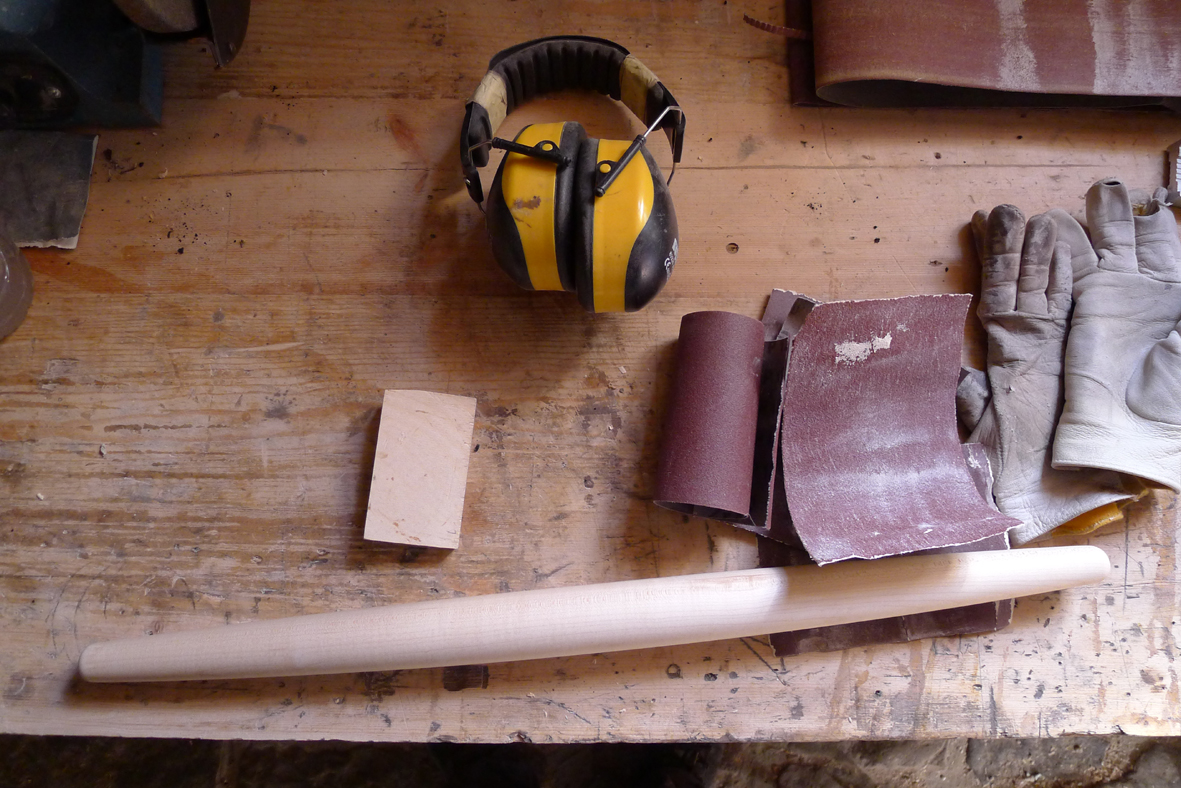 Is it easy to turn your design ideas into reality?
My evolution as a designer is really slow. I do not have specific training, which sometimes is a handicap, and at others an opportunity.

I do not have a big interest in designing, I do not know if it is because I am shy, or because there is already so much that exist in our world and I don’t want to generate more noise.
For me, thinking and making are linked, so experience, process and time are really important to be able to find the right solutions. There are some objects that are born really quickly and others that you are only able to understand several years later. 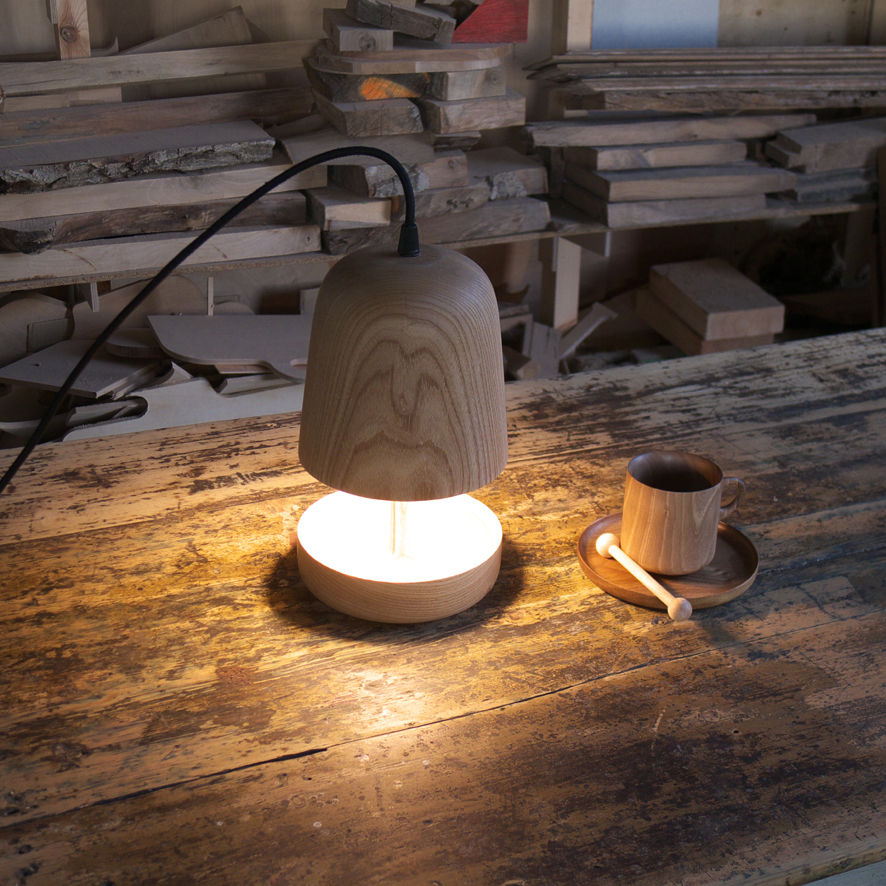 Which of yours designs do you like most?
I have some designs that have given me great satisfaction, but I think each element has its context and moment. Based on what I have said before, there are some things that you can only appreciate after a certain time goes by, only then can you find its true value.

Which is your best seller?
Until recently, I used to make unique pieces, prototypes or custom designs. The first that I have sold, in limited series and always made by hand, are kitchen utensils. The best seller piece is a cutting board design. 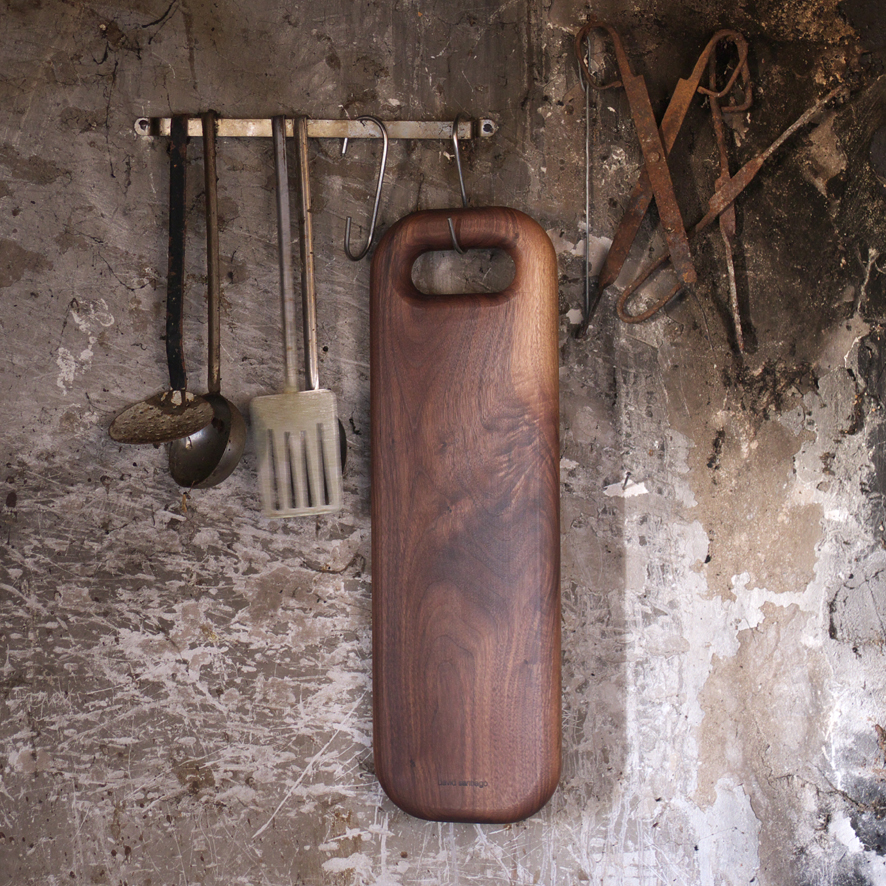 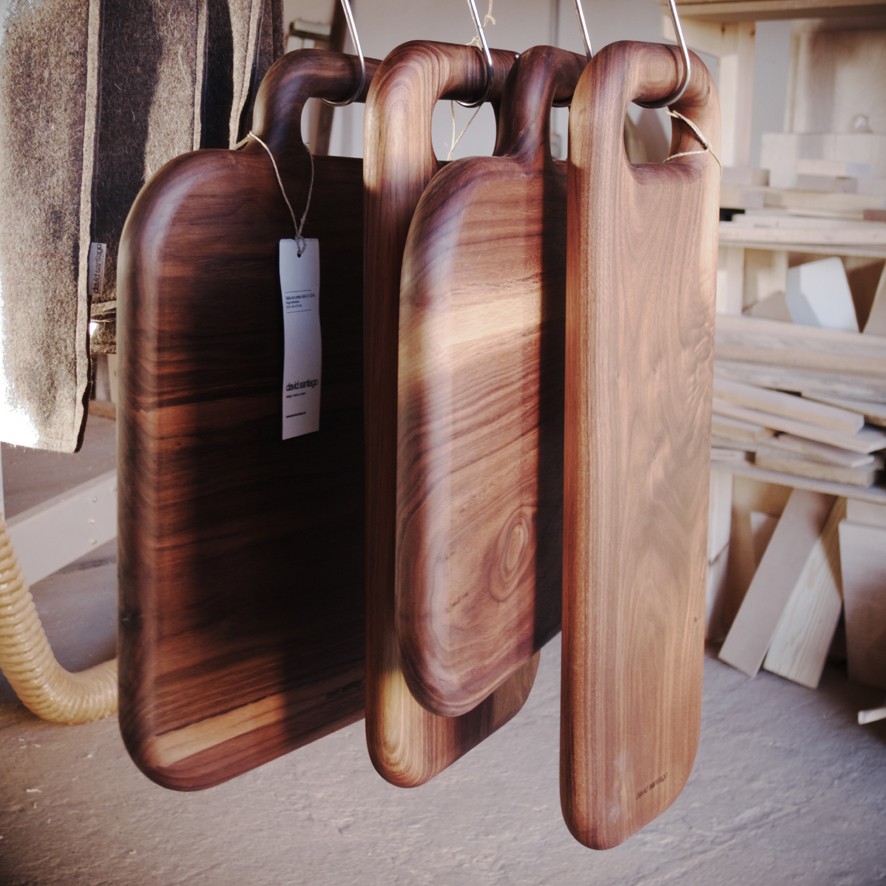 What is the difference between you and other carpenters?
From the physical labor point of view, I think the only differences are the movements inside the workshop, the choreography, and the style. Further more, I feel closer to the concept of creating things than to the trade of designing, as R. Sennet would say.

My goal is to return to the workshop of a designer, that place close to the artisan workshop but full of energy and illusion to create something new.

Do you teach?
No. 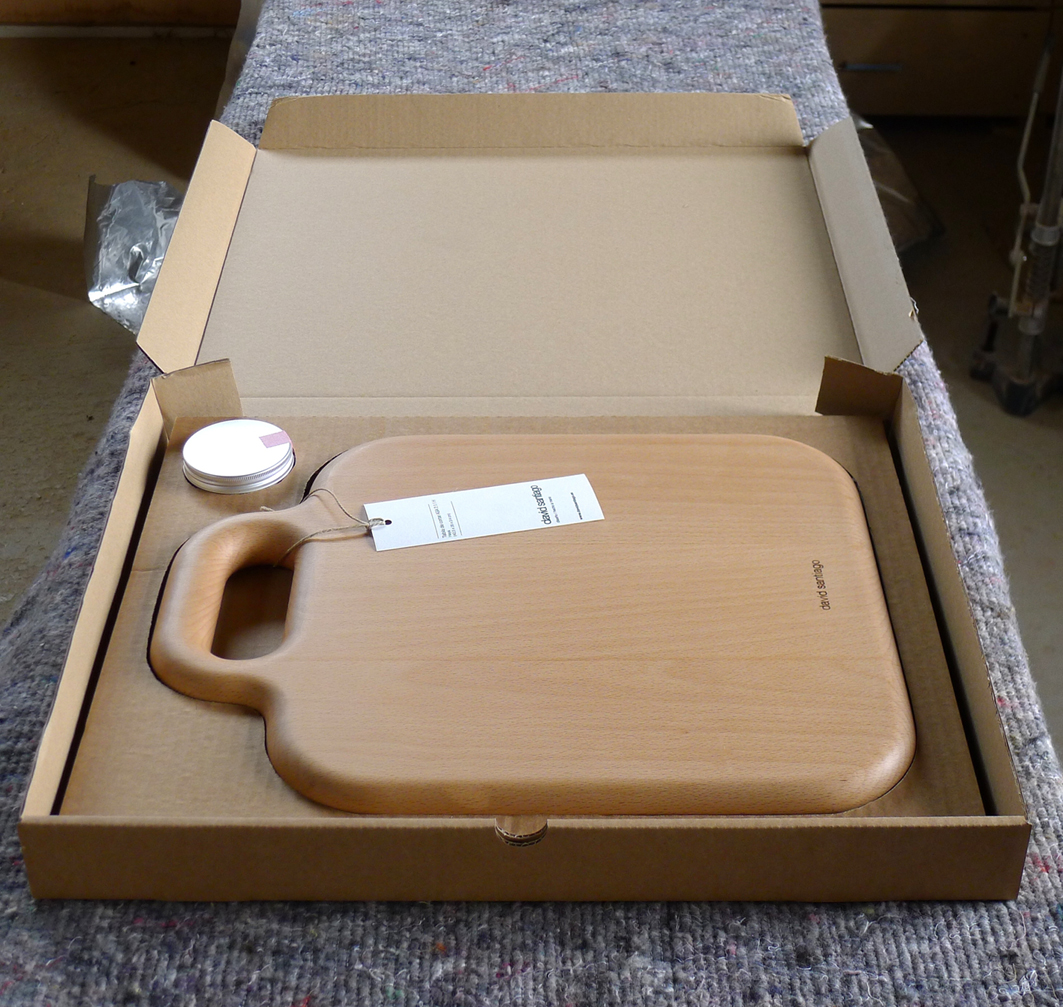 What is the most difficult in your work and what do you like the most?
The most difficult thing is probably keeping the workshop open day after day, and trying to make a living out of it. The fact of working alone has in this sense a positive part; if things go wrong, I am the only one affected, I find this reassuring.
What I like the most is the possibility to enjoy and to learn with each project. 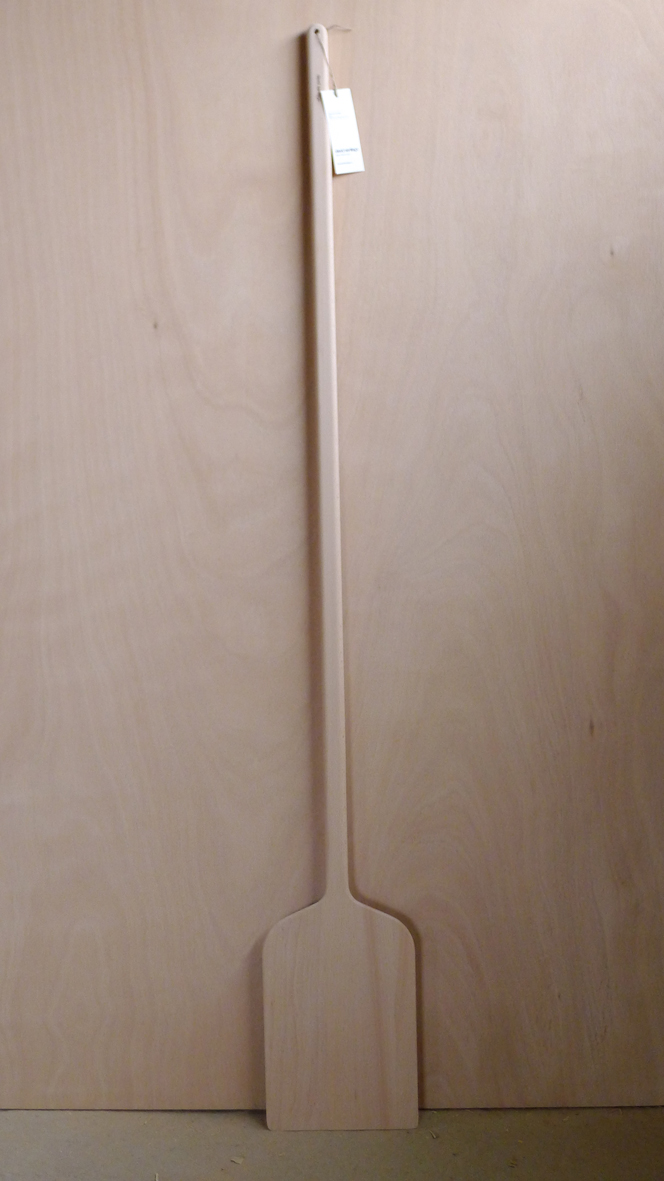 If you could change some professional decision that you have already taken, what would it be?
I would change my attitude at certain moments, and take back the lost hours spent in my works that were not worth it. 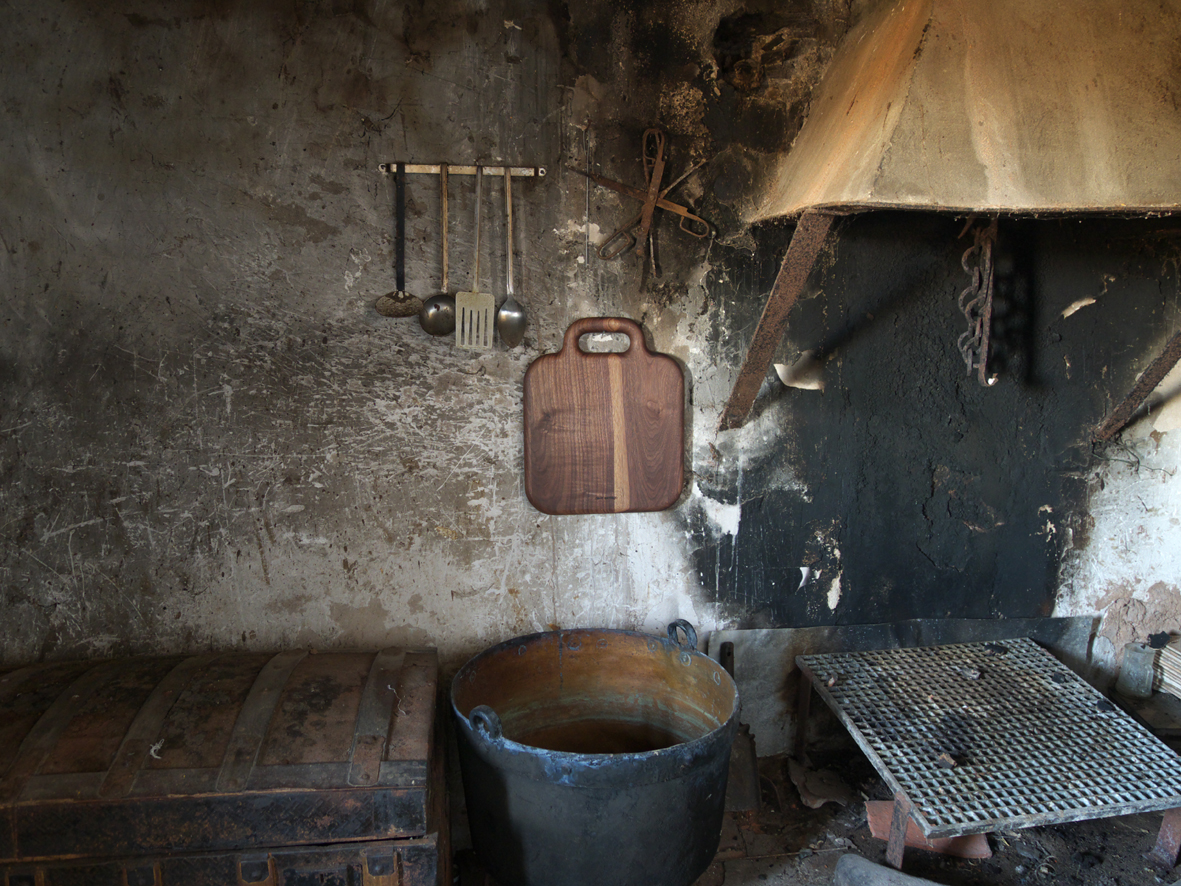 Is there something you would do again although it was something crazy?
Although it was an enriching experience, I can only think about one crazy thing that I did that I would never do again: the construction of what used to be my house. 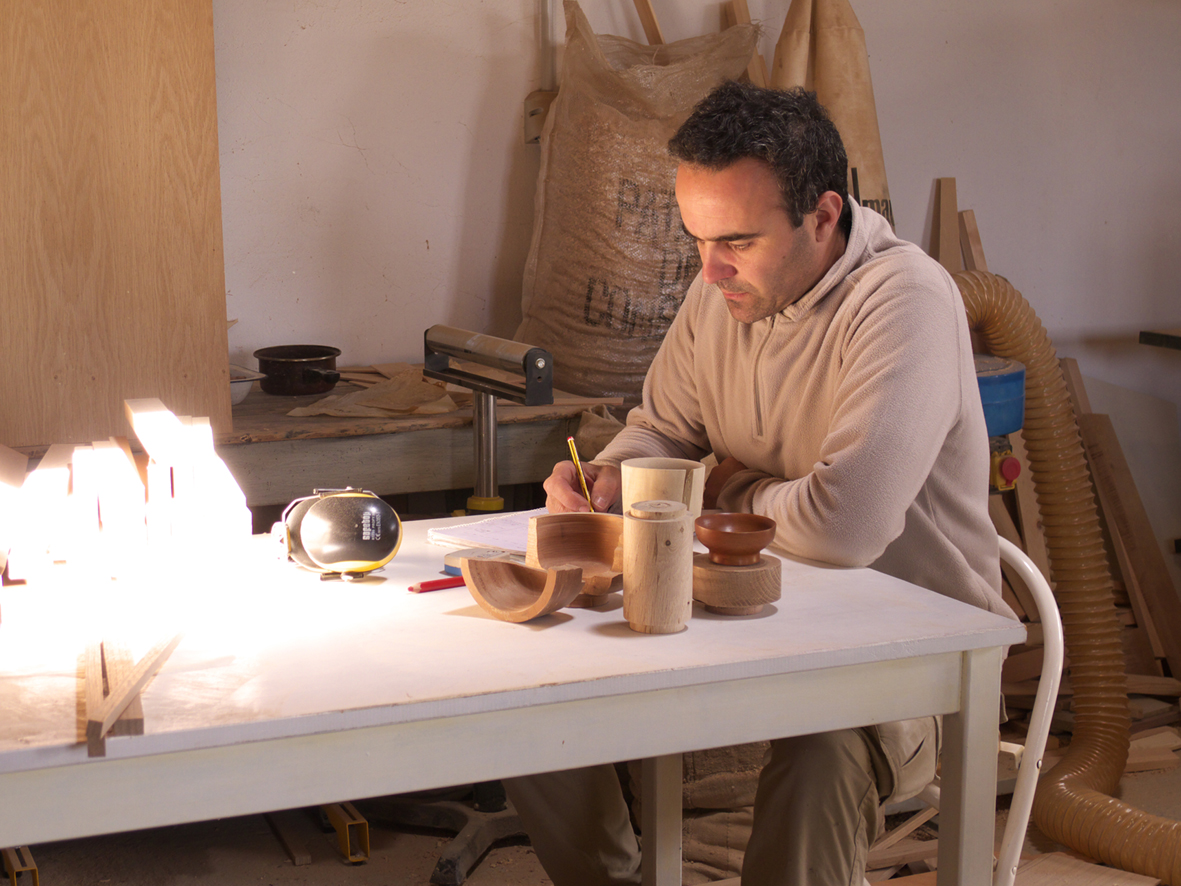 Any advice for someone who is thinking about developing his or hers own business?
I would prefer to exchange advice instead of giving advice. For me, I would say: do something that you’re passionate about and always have the desire to make things properly.